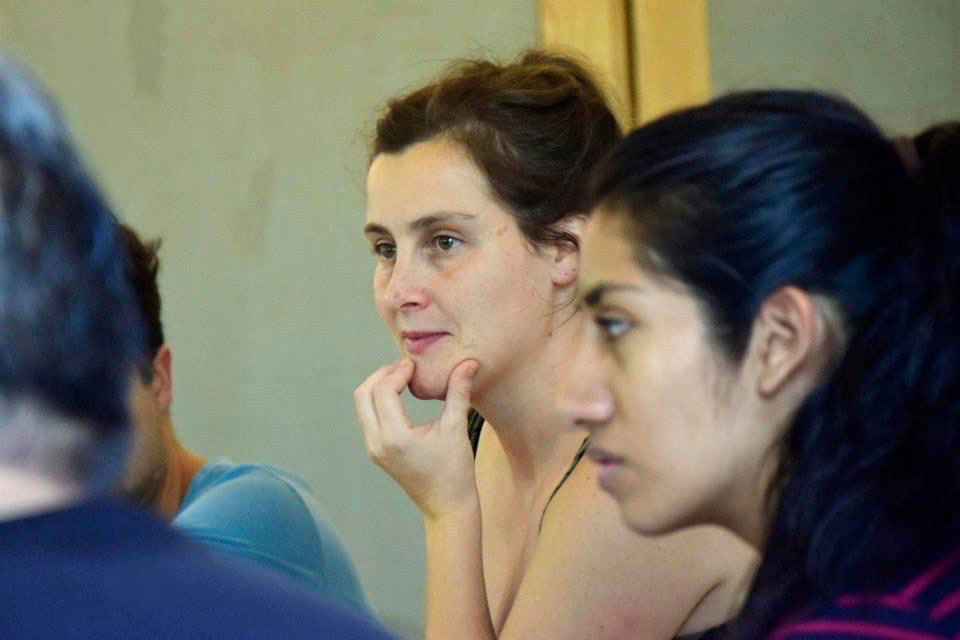 She began training as an actress at the age of 14. At the age of 18, she premiered her first piece, La visione, with which she won the Minollo Award for best new director.

In 2000 she traveled to London to study with Philippe Gaulier, where she co-founds Bodo Bodó Production with Madeline Fouquet and Maja Skovhus. Their company combines clown and bouffon. The Caca Show, Wenses and Lala by Adrián Vázquez, Bodo Bodó and Cabaret Mortal have been performed in the UK, Spain, Italy and Mexico. In Mexico she works as a director and playwright with the company La Piara, for which she directs El extrano caso de Tai Chi y Te Chai. As an independent actress, she works with Circular Productions, Theater San Frontiers, Abbey Theater, Limsfjord Teatret, Caroline Horton, National Theatre of Spain and Pablo Messiez. She co-directs with Nathalie Seseña La Inestable Kourel in Madrid.

“We have shared paths with Elena in the small theatre world on many occasions including going to the same school, Philippe Gaulier. Most recently Patricia and Elena shared the same role, Pigeon, in the play Muckers (by the brilliant artist, Caroline Horton) that Patricia had to leave to give birth to her second child. One of the many joyful experiences of this show, and there were many, was to get to know Elena’s professional brilliance as she prepared Patricia to get back into Pigeon’s shoes!”